Facebook’s Algorithm Change Could Affect How Cops Speak to Citizens 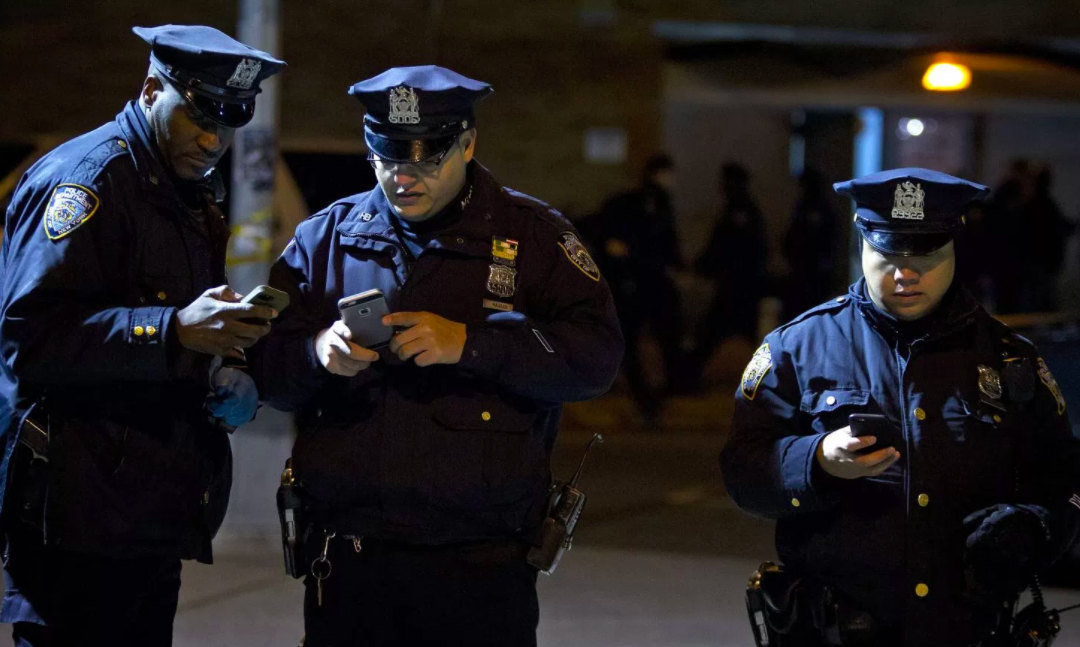 “I was glad to join this conversation on how the recent changes to Facebook will force police departments to make changes with their social media outreach.” -Laura McElroy

View the full article from Quartz Media below:

Immediately after a 15-year-old started shooting a handgun inside his western Kentucky high school last week, the state’s police turned to Facebook to warn and inform the greater community. The first post was shared by users more than 6,000 times, and throughout the day, the agency posted updates about the crime scene. The following day police department used its Facebook page to ask the public for any information about the shooting.

Facebook has become a critical communications tool for police and fire departments as well as local governments across the United States. The social media platform is used to distribute and gather information about public safety and form a productive relationship with the public. “Thoughtful policing is actively engaging on social media,” said Jim Bueermann, president of the Police Foundation and retired police chief.

But all of this risks getting quashed with the company’s latest changes.

Earlier this month Facebook announced it would de-prioritize posts from publishers, brands, and other organizations in favor of content from family and friends for users monitoring their News Feeds. During the company’s earnings call Jan. 31, Mark Zuckerberg said the company is putting “meaningful social interactions” first. Facebook confirmed to Quartz that government agencies will be affected just like brands or publishers, which expect their content to reach fewer users. It is unclear yet how drastic this change will be, and whom it will touch the most. The uncertainty has left those charged with ensuring public safety watching the company’s moves closely and strategizing.

Law enforcement and emergency agencies use social media in several ways: to get tips, to update and educate the community, and to promote their actions. Different platforms have different audiences, and often different uses, but Facebook, with its over 2 billion monthly users, is crucial. Here’s what kind of content from government agencies could be affected by Facebook’s algorithm change:

“Wanted” announcements are no longer just physical posters taped up to lampposts. Instead, they are social media content that can be shared by thousands of people in an instant. Using Facebook often leads law enforcement to useful information.

After the Charlotte-Mecklenburg police posted a grainy surveillance video of an assault on Facebook, users helped them identify and find the victim, who had been hospitalized, said Melissa Treadaway, public affairs coordinator at the department. A citizen of Palm Beach County, whose phone was stolen, found a selfie taken by a stranger on his cloud account online, and sent it to the sheriff’s office. The office posted it on Facebook, and found the thief after tips started pouring in, identifying the person in the photo. Facebook even helps investigators at the FBI. A fugitive wanted for his alleged participation in a shooting of a four-year-old was captured after a Facebook user saw the agency’s post about a reward for his capture.

Government agencies often update their communities about big arrests, traffic incidents, road closures. During Hurricane Irma, the Palm Beach County Sheriff’s Office hosted a Facebook Live of a conference explaining evacuation zones. After the conference, locals used Facebook en masse to clarify with the department whether they had to evacuate or not, said Anthony Rodriguez, the social media manager for the department.

Facebook played an important role during the California wildfires in 2017. Napa County was surrounded by three or four fires each day. The county sends out updates through various services, including Nixle, which notifies subscribers of local emergencies via email and text. Many residents of the county are retirees, an age group that is increasingly using Facebook, and the local government finds the platform indispensable, said Kristine Jourdan, the county’s public information officer. “In a time of emergency we have to go where people are communicating, and where people are demanding to be communicated with,” she said.

Heather Williams, public information officer for California’s statewide fire protection agency CAL FIRE, said that since there are people who won’t act during an emergency, “we have to tell them every which way.” CAL FIRE’s Facebook followers jumped from 260,000 to 360,000 during the deadly fire season last year, she added.

Emergency services and local governments also use Facebook for public education campaigns: How to make sure your fire alarm is working properly, how to maintain your groundwater well, how to become a volunteer firefighter. In Napa County, posts about employment opportunities, or mail-in voting after the fire season were particularly popular, Jourdan said.

Social media has put a lot of pressure on police departments, enabling the spread of videos documenting alleged misconduct. But Facebook is also a perfect channel to counteract that negative image.“Law enforcement uses Facebook as its photo album to tell its story to the community,” said Laura McElroy, a communications consultant who works with police departments.

The FBI, which has more than two million followers, uses the platform to recruit, posting job announcements that direct people to its website. “Facebook Live events have been a great tool for us,” said Monica Grover, a social media manager at the agency. Most of them center on recruitment topics, like, “What’s it like to be a special agent?” or “What’s it like to be a woman working at the FBI?”

Above all, social media platforms have become a vital tool for engaging with the community, which creates trust and helps solve crimes, Bueermann said. Facebook allows law enforcement to keep its hand on the pulse of the community. “It’s teaching police agencies a lesson that one of the characteristics of healthy police departments is a high level of transparency and accountability,” he said.

Some agencies have already reacted to the algorithm change by letting their users know they need to be proactive to continue getting updates. The Palm Beach County Sheriff’s office posted a reminder to its nearly 54,000 followers that in order to see all of its updates, followers will have to change their News Feed preferences:

“We’re curious what the changes will be and how we’ll have to adapt our strategies,” said Rodriguez.

A Napa Valley school district even made a video explainer:

“It would it be upon us to get information to people, but also we would hope that any social media platform would help create access to information, and not create barriers,” said Jourdan.

Facebook says that pages that have a high level of engagement will rank higher in the new News Feed, with their posts generating conversation in the comments. Savvier agencies already strive for a vigorous Facebook presence. Rodriguez makes his “Wanted” posters humorous, for instance, banking they will generate more engagement than those with dry information.

Williams, of CAL FIRE, said that Facebook has in the past been receptive to disaster response organizations, so she is counting on the company’s help if the agency’s reach drops. And some believe the changes may force police to step up their game, encouraging them to study their Facebook data, follow trends, and invest in video. “In some ways Facebook is doing law enforcement a favor,” McElroy said. “Facebook wants to see a high level of engagement. And law enforcement needs to have a large amount of community engagement to be successful.”

Facebook said that users will still be able to see local updates if they adjust their settings. The company is also testing a feature that will emphasize local news, including community updates—which could help, if the government agencies’ reach indeed is significantly enhanced. But that solution is still in its early days, and since, at least for now, it’s a separate section within the Facebook app, it doesn’t necessarily solve the problem of important updates being right where most users spend their time—especially in an emergency situation.